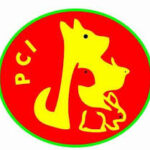 Pet Care International is well known for its commitment to improve the health and well-being of pets with innovative products since 2002. The company has developed a range of beneficial products that improve health by restoring the natural balance between nutrients and foodstuffs. Pet Care International has manufactured and distributed a variety of health -related products including vitamins, nutritional supplements,skin care products for pets.

There are no reviews yet.

Be the first to review “Vita boost 30ml” Cancel reply

Item added to your cart

Continue Shopping Go To The Cart